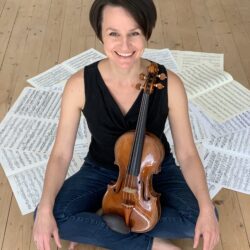 Réka Szilvay was appointed Professor of Violin at the Sibelius Academy/University of the Arts Helsinki since 2006. She continues the pedagogical tradition of her professors Géza Szilvay, Tuomas Haapanen, Sándor Végh and Gerhard Schulz. Many of her students are winners and laureates at international competitions. Apart from giving concerts and master classes, she engages in the issue of ergonomy in violin playing and holds regularly workshops and presentations.

Réka Szilvay plays regularly also on gut strings and appears as soloist with the Helsinki Baroque Orchestra and in different chamber music formations together with cembalist Aapo Häkkinen and violinist Erich Höbarth among others.