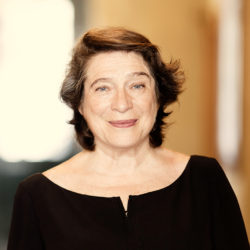 Elisabeth Leonskaja has long been among the most celebrated pianists of our times. In a world dominated by commercial media, she has remained true to herself and to music, in the tradition of great Russian musicians such as David Oistrakh, Sviatoslav Richter and Emil Gilels. Like them, she has always stood for the quintessence of music even under the most difficult political conditions. And like them, she has never been interested in showy appearances. On stage, however, she overwhelms the audience with the power of the music; this has been the substance and the goal of her life.

Elisabeth Leonskaja is a lecturer at the Allegro Vivo summer academy. In August, the master class will take place in Horn, Waldviertel, near Vienna.

Studies at the Moskow Conservatory. Prizewinner of international competitions such as Enescu, Marguerite Long and Queen Elisabeth. Lessons and collaboration with Swjatoslaw Richter.