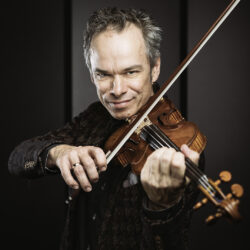 Benjamin Schmid has developed into one of the most important violinists of our time with his worldwide, constantly intensive concert activity in about 3000 live concerts. In August he comes to the Allegro Vivo Summer Academy in the Waldviertel and gives a master class.

Professor at the Mozarteum University in Salzburg. Master classes at Bern University of the Arts. Soloist with the Vienna Philharmonic, Philharmonia Orchestra London, Petersburg Philharmonic, Concertgebouw Orchestra Amsterdam or Tonhalle Orchestra Zurich under conductors such as Dohnányi, Zinman, Ozawa. Regular appearances at the Salzburg Festival. More than 50 CD recordings, has been honored with the German Record Prize, the Echo Classic Prize, Grammophone Editor’s Choice or the Strad Selection. Artistic Director of the ClassixKempten music festival in Germany and beginning with the 2020/21 season, he has been appointed Artistic Director of the chamber orchestra Musica Vitae in Växjö (Sweden); 2006 “International Prize for Art and Culture” of the City of Salzburg. 1992 winner of the Carl-Flesch Competition, the Mozart, the Beethoven and the Audience Prize in London. Worldwide TV appearances with the Vienna Philharmonic. Extensive repertoire: from standard works to violin concertos by Hartmann, Gulda, Korngold, Muthspiel, Szymanowski or Weill. Occupation with jazz improvisation. He is portrayed as one of the most important violinists in the book “The Great Violinists of the 20th Century,” by Jean-Michel Molkou.

Benjamin Schmid performs on the “ex Viotti 1718” Stradivarius violin made available to him by the Austrian National Bank, as well as on a modern violin made in 2015 by Wiltrud Fauler. 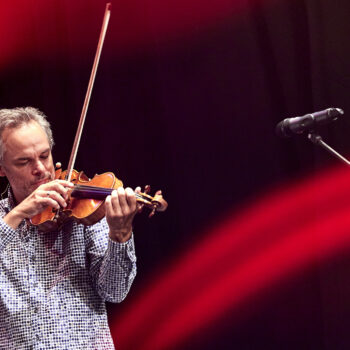