Marie Spaemann’s first EP “The Moony Sessions” offers a promising foretaste of a debut album from a musician whose beguiling artistry combines influences of soul and jazz with just a touch of classical.
Dagmar Golle, Bavarian Radio

The musical journey of cellist and singer/songwriter Marie Spaemann is shaped by an active and varied concert schedule as well as a fascination and curiosity for the diversity of the creative process and contemplative approaches to music making.

As a cellist Marie Spaemann won the international Johannes Brahms Competition in Pörtschach (A). A few years later she toured Germany and Austria as solo opening act and singer with the electro-swing pioneer [dunkelbunt].

Marie Spaemann has played as a soloist with a variety of orchestras (North German Philharmonic Orchestra, the Zagreb Philharmonic Orchestra, the Croatian Chamber Orchestra a.o.) and is regularly invited to perform at a wide range of international festivals and venues such as the “Alpen Arte” and “More Ohr Less” festival in Austria, the “Podium-” and “Fusion-Festival” in Germany, “Puplinge Classique” in France, the “Dubrovnik Summer Festival” in Croatia, the South Korean festival “Classic Garden” and the “Konzerthaus International” in New York City.

Over the last few years Marie has been performing with both her solo and duo formation (Christian Bakanic, accordion) amongst other venues at the Amsterdam Cello Biennale, the “Tiroler Festspiele Erl”, the “Düsseldorf Festival”, as well as the Berio Hall of the Vienna Konzerthaus and the Porgy and Bess Vienna.

She is regularly touring through Europe as a solo cellist within the production “The World of Hans Zimmer”. 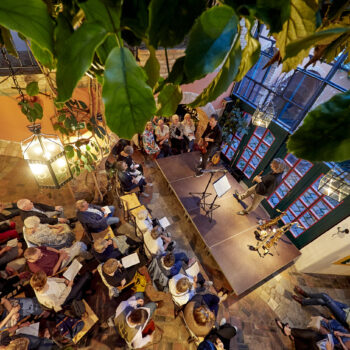